As you sit there, staring at those clear waters and swaying palm tress on your screen saver; ask yourself, “What am I waiting for?“

While I pulled out my woollens and dusted off the umbrella last week, an email came asking if I fancied visiting Noumea. To my shame I had to head to Google for answers, thinking that perhaps Noumea was somewhere on the eastern seaboard here; charming, but still requiring a few extra layers. Nothing could be further from the reality and, as a short check on Wikipedia showed me, I should have immediately realised that as a French colony, it was not a part of Australia. Perhaps I can put it down to the lack of caffeine that morning, but my eyes had skipped over one of the very important lines of the email which read, “Aircalin inaugural flight, Melbourne to New Caledonia”. Once my morning fog had cleared and the images of Aircalin’s bright red Hibiscus flower logo had entranced me, I knew I was in for a big adventure.

Greeted in the Business Class lounge by the CEO of the airline, his passion and enthusiasm for New Caledonia was matched only by his elegant grey suit and vermillion orange tie. I complimented him on his look and asked for local fashion tips when he replied with a smile, “I have my suits made in Paris when I go home.” But of course! New Caledonia is a French Territory, and as such all the delights of french culture, food and wine awaited us.  As if on cue, I was handed an effervescent glass of GH Mumm Champagne. My glamorous tropical adventure had begun.

Whenever I fly, the first thing I look forward to is receiving the menu and mentally preparing myself for the treats in store. Being presented with a French Champagne and wine list prepared me exceptionally well, as high school French phrases came tumbling back into my consciousness.

In a very amusing and apt moment, I was also presented with this little gift from Aircalin as a memento of our Inaugural Flight. Without their knowledge, they had stumbled across one of my “in jokes” of travel.

A short water taxi ride from the Noumea marina, is La Escapde; an earthly paradise by anyone’s standards. As a traveller who requires both adventure, glamour and luxury, Escapade Island Resort is my ideal island holiday destination.

I may not be much of a sun person but I can certainly recommend this method of increasing your vitamin D. With water so clear I could see the fish dart in an out around the turtles mottled shells, and skies of the most beautiful blue, I was in absolute heaven.

From the balcony of the over water homes, you could see clearly into the coral below and with a few steps, enter from your private stairway.

The idyllic pace of the island could be offset for those who chose the more adventurous jet skiing, but for Lady Melbourne and myself, a lazy afternoon of white sands and the sounds of water lapping was all that we needed.

As I indulged in the magnificent buffet of local seafood, decadent patisserie and full bodied French Bordeaux, I wondered how long it would be before I could arrange to bring Mr.SKM and the girls back here. Escapade Island is without a doubt the perfect holiday destination for each of us. 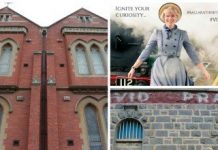