‘Brought to you by Nuffnang and ONCE the Musical”

There is something very special, rather delicate about Once The Musical. Something that makes you feel as though you should hold it in the palm of your hand, protecting its small delicate features and sheltering its rawness from the harshness of this century.

It is not the huge, glitzy ensemble cast extravaganza we’ve come to expect from a night in one of Melbourne’s oldest theatres; but rather, it is painfully beautiful in its elegant simplicity.

Once, tells the story of a young Irish man living in Dublin. Having lost his passion for love and music, he hangs ready to accept his life as a hollow existence. The unexpected appearance of a young Czech woman, who hurtles into his moment, becomes the beautiful and funny muse who inspires this moving story.

A sell out on its world premier on Broadway in 2012, Once the Musical has gone on to win eight Tony Awards, A Grammy and Oliver and an Oscar for the piece Falling Slowly

This multi talented cast performs with every inch of their beings; singing, dancing and playing each and every instrument throughout the show.

The simple and cleverly designed set brings a warmth and intimacy to this show, giving you the sense of being the only one in the room to witness this love story. Even from high in the stalls, you can almost feel the gentle touch of a single hand as it reaches for another.

I’d never heard of Once the Musical before this evening. I’d not seen the 2006 Irish film on which it was based, nor heard any of the music. It was entirely new to me, and this part I think, lead me very quickly to fall into their world.

But there is something else about Once that struck me; if ever there was a musical that felt truly Melbournian at heart, Once is it.

Perhaps it is our multicultural city, our live music and pub culture, or perhaps the hours I’ve spent listening to musicians with just as much real life passion as our leading man. The story on stage reflected only too well the longing, heartbreak and desire that fills the lives of my fellow creatives.

Now that Once The Musical has opened at the Princess Theatre in Melbourne, you really must see it in this city, the city that carries the same heartbeat.

Tickets for Once The Musical are on sale now for performances until December 31st 2014.

Booking early guarantees you’ll be able to get good seats in the stalls (like I did), and amazingly, have the opportunity to join the cast for a drink on stage before the performance and at interval!

Once the musical from Vintage Current on Vimeo. 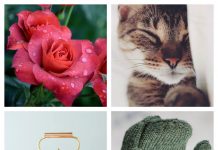